Build Only to Be Broken

Greetings all!  Fall is upon us and I don’t know about you but I am looking forward to some Pumpkin Spice everything, cool weather and college football.  But what I am not looking forward to is a fall without Power and Insecure.  It’s a shame, the end of summer brings an end to some awesome shows.  My last couple of blog posts used Insecure episodes to highlight some of the things that are going on in the dating world and this post won’t deviate.  Today I want to reflect on the notion of how Black women are expected to build up the black man only to take the risk of probably being broken down by that same man in the future.

Love is a many splintered thing.  For someone who has been burned a couple of times I can tell you taking the plunge is still a very scary thing for me.  Because I want to be with someone whom I can trust.  You cannot love someone that you don’t trust and being able to trust someone requires a great deal of vulnerability on the behalf of both parties.  However when you bring a lot to the table, you’re overly cautious about whom you will allow to sit at said table, especially if that guest doesn’t bring the same.  The previous generations, or the generations who raised we millennials don’t always understand that a lot of us just aren’t willing to risk it all for someone who has nothing because there’s a lot that stands to be lost here.  Things such as your financial stability, your sanity, and your dignity.

For instance, my mother is from the baby boomer generation and so was my father and there was nothing wrong with her building up my father after his divorce from his first wife because he was a man who wanted to build again.  He offered love and support and they were able to merge whatever they had together because it was understood that he’d be good to her and she would the same because they were in it for the long haul.  In turn, they had a Brady Bunch type of thing for well over 30 years and until he took his dying breath, he loved my mother, he said it when necessary and showed it every single day.  I am an embodiment of such.  We have famous examples of similar situations like Samuel L. Jackson and his wife, Tonya, who helped him through his addiction and I wholeheartedly believe that he would never walk out on her.  We have Denzel and Pauletta and even Barack and Michelle for Christ’s sake but things just aren’t like that with our generation anymore. 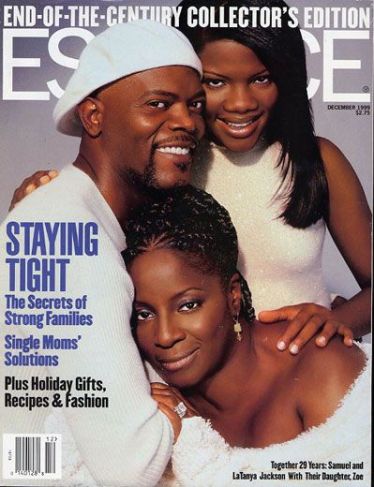 Now don’t get me wrong, after watching Black Love on OWN last week, we were reminded that Tia Mowry risked a lot to be with Cory Hardrict because he didn’t have much and they are an awesome couple but I’m telling you for every one of them, there are about four Kevin Hart and Torrei type situations.  We have cautionary tale after tale about how we are expected to be ride or die and soon as they get on, they ride the hell out of our lives leaving us broken while they are all the more stronger from our influence.  But this entire narrative has been written for years.  We have so many expectations attached to our very existence that screams for us to put up with a lot in order to get a little reciprocity in the long run.  Allow me to elaborate.

Going to a PWI has allowed me to see a lot and understand plenty as it pertains to different cultures.  Not to mention, my family is one that has allowed me to embrace a lot of differences, I am grateful to them for that.  But let’s face it, we are taught completely different things as young women and it’s taken a different toll on our lives.  White women are taught that a man should simply have their shit together while in pursuit. That’s why most white girls meet their mate in college and stick to his ass like glue so when he gets that architect job with that six figure salary two years after graduation, they will reap the benefits of such.  They will follow him to whatever city he’s going to work in and pretty soon they will receive a beautiful diamond engagement ring.  Let’s talk about the ring, the ring is always beautiful, they are taught that the stone had better be worthy of their existence or else he’s not ready to marry her at all.  White girls are taught that they can have a career as well, but that man had better be a breadwinner or else he’s not marriage material.  They are to work together as a team in order to achieve a certain goal.  He’s the quarterback, she’s the receiver.  That’s it.

We are taught differently.  We are taught to be strong.  We are taught to be educated, work hard, love yourself, get a great job but when faced with love, we’re a bitch if we demand that that man has his shit together.  He’s a work in progress sis, ain’t nothing wrong with that.  You’re supposed to help him.  So what, you have your own apartment and he still lives with his mother, help him, let him stay with you.  So what, he has a baby mama, she ain’t made from the same stock as you, ignore her and help him take care of the child.  So what, you make 98,000 a year and he’s barely clearing 50,000, work with him sis.  So what, he cheated a couple of times, black men aren’t built for monogamy, we’re descended from Solomon.  So what, you’ve worked 55 hours this week, he’s trying to work on his small business you should come home and still help him with his books and make sure he has food on the table.  So what, he gave you a cloudy, ugly cluster ass engagement ring, it’s still a ring, you’re getting married sis, he asked, so stop tripping.  So what, y’all been engaged for over two years, just be patient.  In our narrative, it isn’t team work, it’s modern day slavery again.  You are the house wench, field hand and broodmare all rolled into one and he’s the master.  He can do as he pleases and you do all of the work and smile like a jackass just because he’s there.

The Fall-Out, The Outcome

Statistics show that there are an alarming rate of black women, especially professional black women who have never been married, about 42%, damn near half and we’re still out there trying to discover what’s the issue.  While on the other hand if you find a 35 year old white woman who has never been married, that’s the equivalent of finding a genuine Louis Vuitton at a flea market, very, very rare.  The white women are married off and we’re still dealing with the fall out of mass incarceration, ghetto mentality and systematic oppression.  But putting all of those things aside, with the available black men that are left we are held to damn near impossible standards which were highlighted in last night’s Insecure.  Lawrence had the nerve to call Issa a “hoe”.  Now don’t get me wrong Issa shouldn’t have cheated on him but as Derrick told him in a previous episode, he needed to look at himself a bit.  For five years that woman put up with him, paid the bills, went to work day in and day out as he sat his depressed, needed a shave ass on the couch and ate cereal and didn’t even have the initiative to offer grade A sex when she got home.  I’m like bruh, you been at home all damn day at least you could deliver the dick.  LOL!  He didn’t even do that.  All the while she’s had one indiscretion, you’re passing out the H card?  Really? 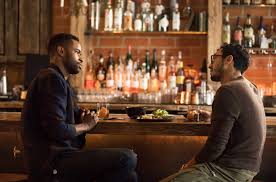 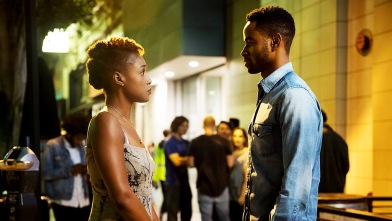 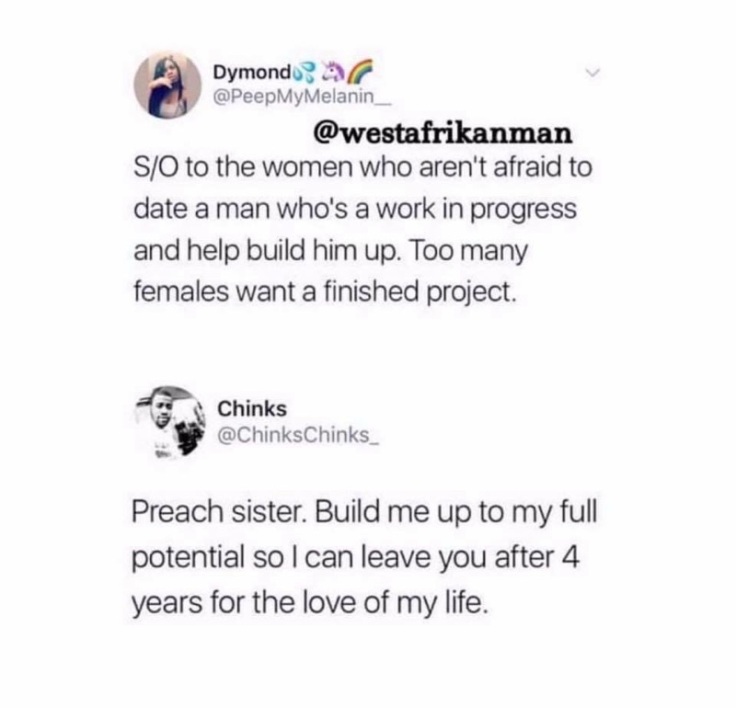 As black women we are expected to be chaste, educated, beautiful (although being held to an impossible standard of beauty by virtually every damn demographic), work hard, be successful, fertile and giving all the while putting up with your lack of education, drive, ambition just to build YOU up.  We’re expected to fix all of your faults, to be a mom, kama sutra, pastor and counselor rolled into one in order to help you to reach your full potential.  Consequently we’re told not to trip if you can’t rise to the occasion, or simply refuse to do something with your life.  Then if the inevitable happens and you leave us after you’ve become a shining example due to our pouring into you, we’re supposed to remain calm and play nice with our fucking replacement who gets to reap the benefits that we cultivated.  Okay…..  Yeah, fuck that shit…..  I am NOT doing it.

Last Sunday, my dear sweet friend EJ would’ve been 32, that makes two birthdays that we didn’t get a chance to celebrate.  I know you’re celebrating in heaven old boy.  I miss you and I still cherish our friendship.  Especially on days when the opposite sex is so damn challenging for no real reason.  With our friendship, you loved me unconditionally no matter what.  If more people loved their lovers as they were their friends, life would be much easier.  I miss you more than words can express and I pray you’re celebrating in Heaven because although cut down short, your life is always a cause for celebration.  Rest on dear sweet friend.