The Masses are a Mess and it’s making Society Sick….Are you ill or well?

Greetings all!  I pray that your summer is winding down to being a season of revelations, fun and accomplishments.  It has certainly been such for me.  I’ve gotten my pain in the ass older brother married and off of my hands, I’ve been working hard in my role for the advancement of education here in Memphis and most importantly I ticked off a coveted event from my bucket list earlier this month by attending and participating in the Caribana celebration in Toronto, Canada.  The entire experience was both liberating and powerful.  It prompted me to write a poem, entitled “Black” which I posted on this very blog so check it out in my previous post if you have the desire.  That event was positive however now I want to reflect on some of the negative things that are going on in our society.

If you think about things that go on in the world, you may have come to the realization a time or two that history is known to be repetitive at times.  Often more than a few times.  Biblically we’ve read about how God continued to bail out his people over and over again and if you are a history buff like me you’ve noticed that this nation has the tendency to get complacent and wind up in similar situations as time goes on.  Today I want to focus on how our complacencies with the status quo in relationships has caused some psychological issues within society that has warped our perspective upon dealing with the opposite sex.

One thing that is a constant, pleasant staple here in America is good entertainment.  No matter what is going on in the world, we can count on having something great to watch on television and now for two seasons we’ve had a show that I adore by the name of Insecure which airs on HBO.  I believe that it is one of the best shows that has ever graced our television screens.  Insecure is a black show that is filled with a lot of the real world issues that professional black women and women in general face when it comes to love, dating and relationships.  Therefore because the show is so real, it has become highly relevant and because it is relevant the events of the show solidify my points in this very post.

Society is known to sometimes “accept” things that just aren’t right nor are they healthy.  Many things that we know are morally wrong are often normalized by the masses or the majority.  Think about it.  It was a time when blacks and people of color couldn’t even mingle with white people, that was a practice that was carried on my the masses.  There was a time when women weren’t allowed to even vote.  That was an act carried on by the masses at that time.  Was it right?  No.  Morally we know that many things are wrong and here we are embracing acts in relationships where we know the shit ain’t right which will cause a lot of issues.  Personally I think there are some normal practices in relationships that I regard as mental issues and disorders but we tend to sweep them under the rug because they are “normal” just because they occur regularly.  But just because something goes on regularly or society normalizes it doesn’t mean that it’s healthy, oftentimes it’s probably harmful.  So let’s explore a few things that have been highlighted in Insecure that I deem as ill to relationships by normalizing them.

This whole phenomenon of normalizing “being a hoe” is comical and scary at the same time.  Now I do realize that Insecure is fiction.  But great fiction is built from reality and truth be told that a lot of us think it’s perfectly fine with calculating a period in our lives for being a hoe.  Usually it’s supposed to be after you’re healing from a gut wrenching break up like both Issa and Lawrence are going through on the show.  During one of the beginning episodes of this season after Issa came to the realization that Lawrence wasn’t coming back for reconciliation, she asked her BFF Molly could she teach her to be a “hoe”.  Wow.  Imagine if there was a class for that.  Molly fired back with “that’s disrespectful…..but yeah, I can.” The simple fact that Molly prefaced the response with “that’s disrespectful” is a clear admission that this entire “being a hoe” phase may not be the best approach towards getting over Lawrence.  Obviously Issa hadn’t been out there in quite some time and she needs a tutorial on how to be bad, however being out there in the first place is what got her in the cheating predicament.

Let’s go deeper.  Saturday’s episode highlights Issa out with her girls and she runs into the man that she cheated on Lawrence on with in addition, she winds up rejected by a superficial possible hook up with some guy from a dating app.  Again, she’s participating in unhealthy behaviors that are adding to her insecurities.  Insecurities don’t make us weak, they make us human but as time goes on you should try and fix your issues not add to them.   These unhealthy “hoe” behaviors aren’t just detrimental to women, they can be bad all around.  After some naughty behavior with two white strangers that Lawrence met at the grocery store he can be found sitting outside of Issa’s apartment building obviously contemplating on the state of his life.  I think that Lawrence is really not cut out for this hoeish male lifestyle that’s being encouraged by his friend Chad because since he’s left Issa he is definitely anything but happy and in turn he’s hurting others (Tasha) and himself.  Lastly, there’s the idea of the “open marriage” dynamic being introduced through Molly’s childhood friend, Dro.  Even Molly who in the past has had some questionable “hoe behavior” knows that his set up with his wife is unhealthy.

Threesomes alone have been very controversial for me for quite some time because of two reasons.  Number 1, I believe in equality and number 2 because I am territorial and what is mine, is mine and no one else.  I am one of the most loyal lovers out there and when I had a cut buddy I was even loyal to him because I don’t believe in being out there like that.  The sheer notion of watching another woman touching my man regardless if I’m involved or not is a psychological event that would be nothing short of trauma for me.  My man is my man and I don’t want anyone else having anything to do with him in a physical manner, well when I have a man. LOL!  I imagine that I’m not the only other woman out there who feels that way and personally I don’t want to sleep with a woman, I like men.  Therefore I don’t think it’s normal nor is it healthy to normalize threesomes because oftentimes it opens up a can of worms that bite at different wounds. 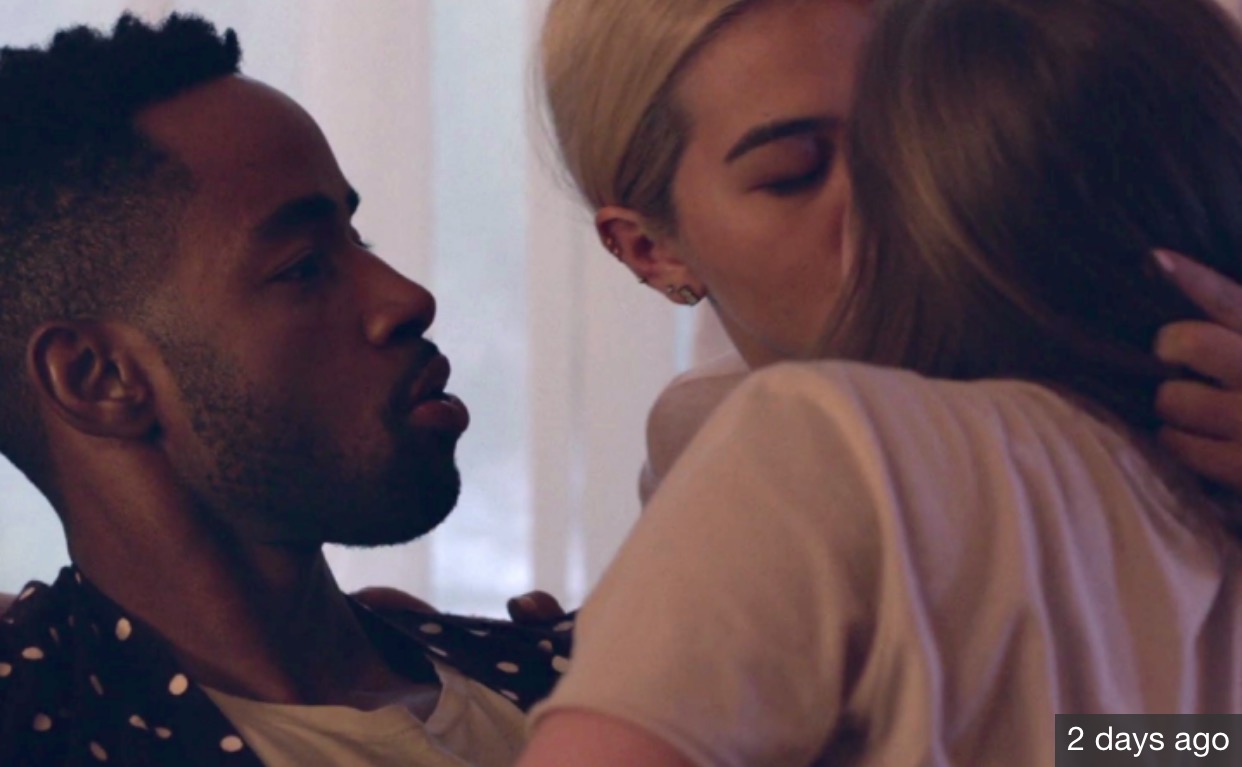 However there is a hilarious quality to the concept.  Which occurred in the last episode of Insecure when Lawrence pissed both female participants in the tryst off when he couldn’t deliver pleasure to both ladies.  The entire scene mirrored what I told an ex-boyfriend when he continued to ask me could we do something similar.  First of all, he didn’t always deliver an orgasm to yours truly and now you want to bring another woman into our bed? No way!  Hell no and after he kept bringing up the proposition, I fired with the following.  “Ni$$a you’re 50% from the field in your stats with pleasuring me, what you gone do? Piss both of us off?” Needless to say he was mad as fuck when I let out that tidbit of information but it shut the conversation of the possibility down and he started to pay a tad bit more attention to yours truly in the bedroom, over time his average rose but I rose out of the relationship when his curiosity continued.  His ass ain’t happy now in his current relationship which brings me to this realization, if men would focus on loving the woman that they are with in multiple ways regularly, a threesome wouldn’t even be on their radar.  Lawrence represents what I knew would occur if I had participated in such with my ex which should be an eye opener for a lot of men out there.  Focus on your strengths and continue to build them.  Satisfy one and make it a consistent practice. 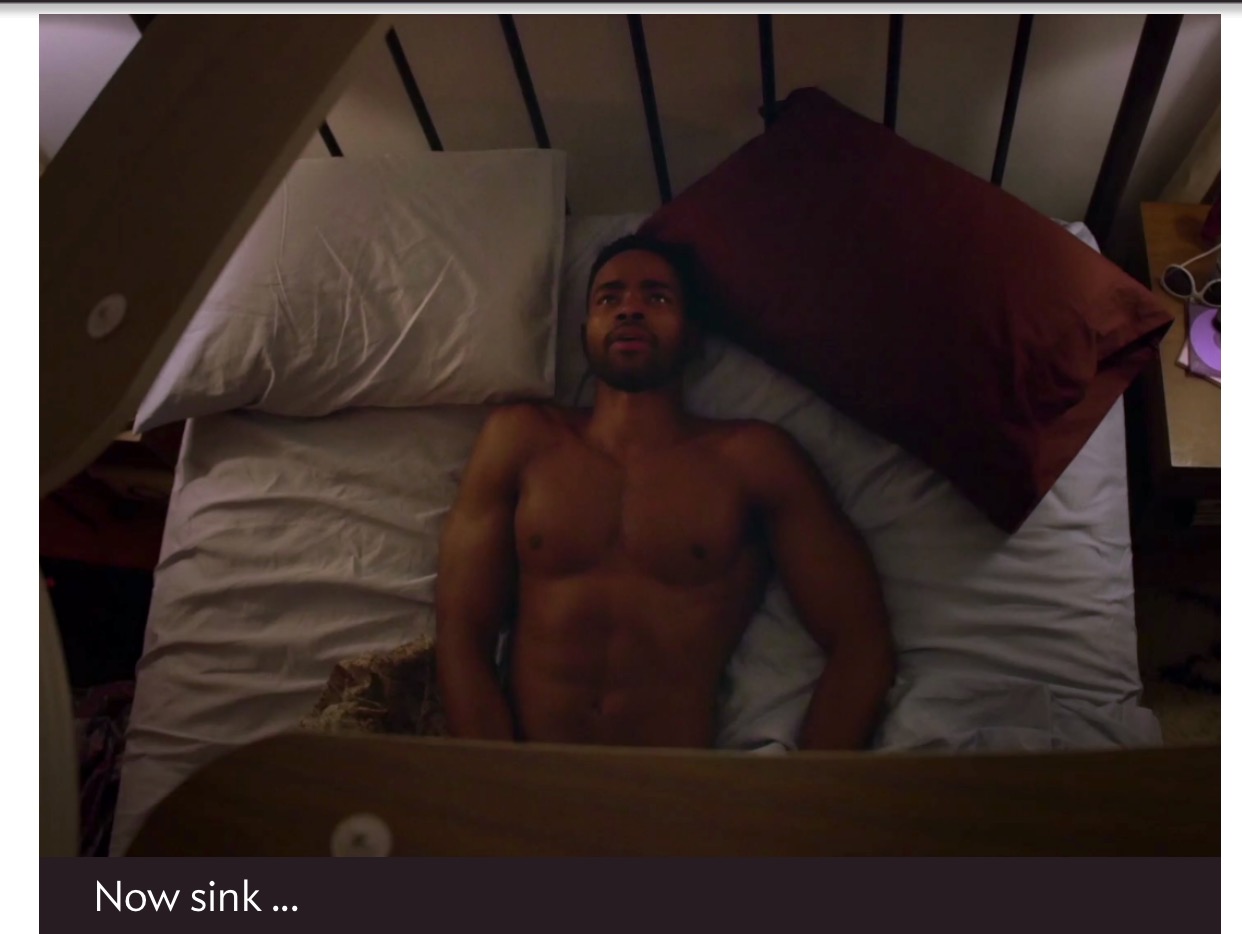 I’m not condemning those who like it, if you can handle it without feeling isolated, horribly influenced, jealous and insecure do what you do but truth be told, it’s not normal and for many, it’s not healthy either.  How many times have we heard that the girlfriend loses her man to the woman who was the guest star in their love scene?

Jay-Z recently said on 4:44 “What good is a menage -a-trois, when you have a soulmate” and truth be told he’s right.  I guess maturity does come with age in HOV’s case.  I mean he’s got the baddest chick in the game on his arm, why would he even be interested in another chick in the scenario?  But your girl should be your Beyonce and you should treat her as such, if you aren’t, then either she or you needs to be checked.

Instead of being a hoe after a break out, try the following:

Everyone handles things differently but consciously being a hoe regardless of your sex can lead to issues like low self-esteem, lack of fulfillment and deeper insecurities.  God forbid if you forget to use contraception like a lot of the characters in Insecure and you wind up with a disease or an unwanted pregnancy in real life because Issa and Lawrence are fictional representations of what could happen if you are irresponsible after a breakup.  Truthfully, I believe that both Issa and Lawrence should both get over themselves and get back together because it’s obvious that they still want each other.  But perhaps it will take time and deeper thought about the situation before they wind up making it back to one another.  I just hope they don’t make any more bad decisions that prove to be detrimental.  Perhaps that’s how we’ll get better as a nation as well, we should take time out and think about things before we just decide to go along with the masses.  Because what the majority are doing isn’t always the best for your well-being.

As I reflect regularly on all of the relationship blunders and lessons that I’ve learned, I’m so glad that I have been blessed with some influential friendships.  Especially the friendship that I shared with my dear friend EJ whom I lost and I dedicate each blog to.  He was a man who did what he had to do despite the masses and his influence will forever be great upon the choices that I make.  I miss you dearly old boy.  Rest in peace and eternal love, because I will always love you and cherish your memory.

4 thoughts on “The Masses are a Mess and it’s making Society Sick….Are you ill or well?”